Butterflies and moths have been around for millions of years. They used to be a common sight in gardens, but numbers have declined since the 1940s along with our other native wildlife species such as bees and hedgehogs.

It will come as no surprise to hear this loss is due to destruction of natural habitats such as wildflower meadows, peatbogs and ancient woodlands in favour of intensive farming practices, roads and housing developments that have stripped away the majority of their nesting and foods sites.

Climate change is partly responsible for butterfly decline too, producing wetter weather that alters the distribution of certain species.

The relentless march forward of ‘progress’ damages our 56 species of butterfly and 2,500 species of moths who are sensitive to change – but your garden can help them find food and shelter.

If you head over to The Ultimate Guide to Butterflies and How to prevent their Decline, there is a very handy guide on how we can stop their numbers declining.

Celebrating the landscape, buildings, people and history of Ramsgate in exciting new ways with multiple sound installations and hundreds of amazing musicians, performers and artists, Ramsgate Festival of Sound is coming this July, and we are very happy that The Creeping Garden will be playing among the screenings

It is with great pleasure and some considerable excitement that we are able to reveal news of the Japanese DVD release of The Creeping Garden and a first look at the cover art. This comes as an ideal partner for the recently published Japanese translation of ‘The Creeping Garden: Irrational Encounters with Plasmodial Slime Moulds’ book. 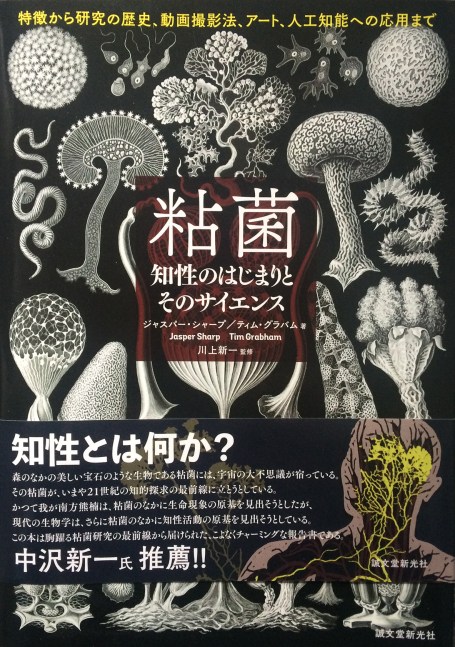 There will be a special launch event at Uplink in Shibuya on October 28th presented by Doctor Toshiyuki Nakagaki and Anthropologist Shinichi Nakazawa
For anyone in the Tokyo area here are the details of the event: Uplink
More news to follow….

The season of the slime is upon us once more!

First up on the 6th is UK Fungus Day Day in Bristol, where a host of fungus (and slime mould) related events and happenings are ready to feed the mind. 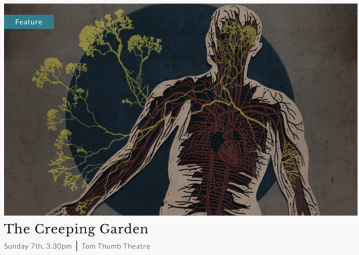 And it will also screen at DokuBaku in Azerbaijan, as part of DokuBaku’s new SciDocs programme organized in collaboration with Elmi Spektr magazine. This section will showcase recent documentary films that explore various areas of scientific and technological inquiry, as well as films that explore natural phenomena through an artistic point of view. It seems that the coming of autumn and the emergence of Creeping Garden screenings go hand in hand – so once again as summer wanes and the slime moulds stir, we can announce that The Margate Film Festival will be showing The Creeping Garden on Sunday 7th October at 3.30pm. And the films co-director Jasper Sharp will also be there to introduce the film. For more details follow the link here